Trump had plenty of catchy sayings during his election before he became President.

One of the most iconic of these was “Drain the Swamp!” and many folks took to this gleefully.

Although the obvious implication is that DC bureaucrats are all “swampy” folk in need of washing away... We thought it would be fun to dive into the original meaning of the term, to see why President Trump decided to phrase his intentions the way that he did.

The Origins of "Drain the Swamp" as an Expression 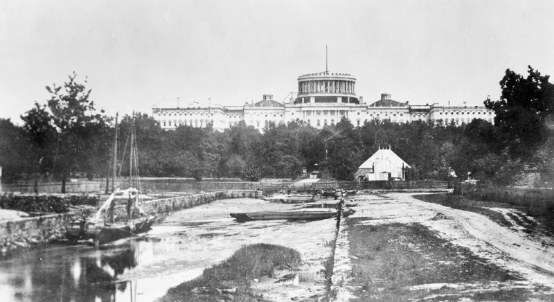 Like most excellent sayings, "Drain the Swamp" has an origin as a real practice.

Turn back the clock several centuries, to when malaria was a consistent problem in the United States and Europe– think the 1800s and before.

It used to be a common and effective practice to drain a swamp in order to kill the mosquitoes and prevent them from breeding as effectively.

Since Washington DC sits in a natural marshland, in essence, a type of swamp... DC itself used to be drained, at least once every few years. (Technically, mosquitoes still breed in swamps, but they’re much less threatening these days.)

Political Use of the Analogy 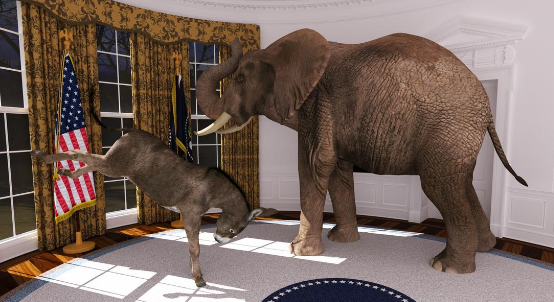 As an figure of speech, the term “drain the swamp” wasn’t used politically until 1903 – and its original user was actually a Democrat!

Winfield E. Gaylord first used this term in relation to socialists; then years later in 1980, Ronald Reagan referenced it again in much the same context as Trump would in the future.

Trump and the Swamp 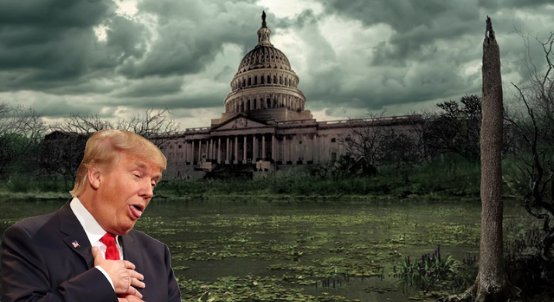 The last usage by Reagan was clearly what Trump had in mind when he originally said he wanted to drain the swamp.

The phrase has a double meaning – it’s accurate to Washington DC’s natural landscape, and it also speaks to the understanding most regular Americans have about the level of corruption and wasteful spending found in its bureaucracy.

By calling to drain the swamp, Trump was calling out that he intended to cut government spending, eliminate unnecessary positions, and otherwise get rid of low-level corruption that seems to plague the area.

This was seen pretty clearly when, upon entering the Oval Office, Trump began by clearing away many of the “lifers” – staff and bureaucrats who had worked in DC all their lives – in favor of those he thought were better equipped for many of the jobs that needed filling in his cabinet.

This agitated many of the talking heads in DC... But it seems to have had a good effect on the country so far. 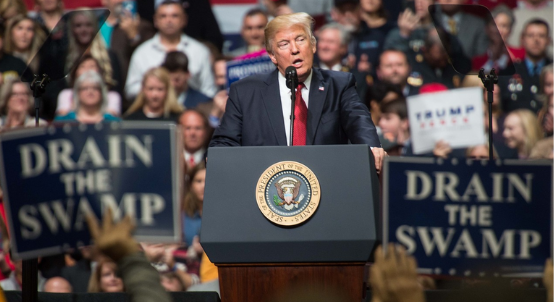 Trump was right on the money when he said that we needed to drain the swamp.

It’s clear that many millions of Americans have agreed since he ended up being elected in 2016.

However, there are some who think that the swamp hasn’t yet been fully drained... We’re among them.

To finish the job, Trump may need to be elected to another term.

Draining a swamp, both figuratively and in real life, takes a lot of time, sweat, and blood. We’ll see if we can finish the job this November.