The latest story to dominate the news cycle is today’s Georgia Senate runoff race - but most Americans are unaware of what this is and why it’s important.

To put it lightly, if President Trump rallied for the Republican senators, it’s a very big deal.

Unfortunately, as usual, the Mainstream Marxist Media is twisting the narrative & keeping the American people in the dark about the entire situation.

That’s where we come in.

Today I’ll explain what a senate runoff race is, who the candidates are, why Georgia is having one, and why this election is so important.

No BS, no fluff, just straight to the point facts so you can understand what exactly is going on and what is at stake.

What Is A Runoff Election?

A runoff election, also known sometimes as a follow-up election, occurs when the candidates with the most votes do not meet a certain threshold to be determined the winner of the election.

These parameters vary state-by-state, but Georgia requires a candidate to win at least 50.1% of the votes in order to be declared the winner.

Who Is Running For the Senate Seats?

There are currently two senate seats up for grabs in Georgia, which means there are two Democrat nominees & two Republican nominees.

The Democratic candidates are: 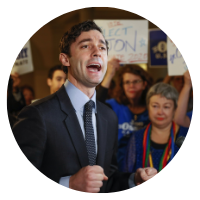 A documentary film executive with political experience as a national security staffer and aide to U.S. representative Hank Johnson for five years. 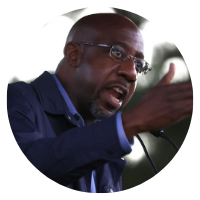 A minister that has not held any political office, but does have political experience leading protests to expand Medicaid in Georgia as well as leading a nonpartisan organization focused on voter registration.

The Republican candidates are: 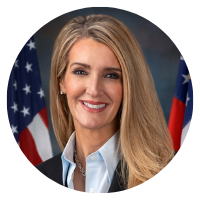 Incumbent Georgia senator appointed in January of 2020 by the governor after her predecessor resigned for health concerns. 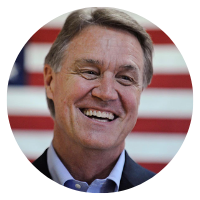 Why is Georgia Having a Runoff Election?

No candidates for the Georgia senate seats reached 50% of the votes during the November election.

On top of this, the race ended with Perdue incredibly close to the 50% threshold, so the race was too close to call.

This is why a second election is being held today. 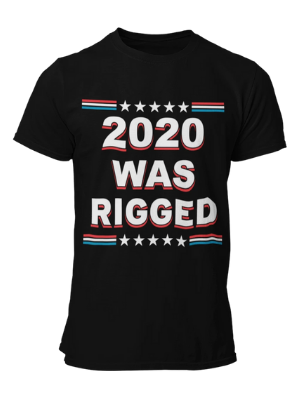 Designed in & shipped from New Jersey

Why Is The Georgia Runoff Election So Important?

As it stands, the results of the November 2020 election left Republicans with an extremely slim margin of control at 50-48.

If incumbent Republican candidates win at least one of the two seats, they retain control of the 100 seat Senate.

If the challenging Democratic candidates win both senate seats, then the Senate would have equal control of the house.

If legislation was voted on in the Senate and it was a 50/50 vote, the Vice President, who is also President of the Senate, would case the vote that breaks the tie. 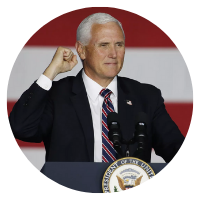 If President Trump comes through and secures a second term, then Mike Pence would remain President of the Senate.

If a 50/50 tie occurred, it wouldn’t be an issue for Republicans seeing as Mike Pence is one.

However, if Lyin’ Biden somehow secures the White House, that means Kamala Harris would be that vote breaking tie, essentially handing any controversial legislation to the Democrats’ vote.

This is incredibly dangerous for the future of the nation seeing as Democrats push for The Great Reset, empowering China, and strict Coronavirus lockdowns. 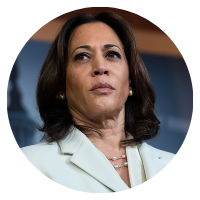 Naturally, the Democrats have already been caught red-handed rigging this election on two occasions that we know of so far.

Yep, you read that eight. At a polling location in Georgia, Jovan Pulitzer, an IT expert, gave live testimony supporting the claims of voter fraud.

During this live testimony, Pulitzer announced that his team of white hat [good guy] hackers were able to gain access not only to the poll pad system through Wi-Fi.

The CEO of Dominion swore under oath that the voting devices were not connected to Wi-Fi and were extremely secure.

This testimony disproved all of that.

This is irrefutable proof that any hackers could access the votes in the Georgia run-off election and change them as they please, which also means that this could have happened in the Presidential election as well. Big stuff.

Heres @jfradioshow with the scoop.

"Dominion machines in 3 of the largest Republican precincts are down.They are told they cant scan their ballots because the machines dont work.The pole workers are saying 'When it's fixed we'll scan it for you'. There's all kinds of red flags" pic.twitter.com/zIMzDMpd3b

Just this morning when in-person voting began for the run-off election, Dominion machines in the largest Republican precincts were down.

Voters were told that they can’t scan their ballots because the machines don’t work, and were then instructed by poll workers to hand over their ballots.

Poll workers promised that once the machines were fixed, they would submit the voters’ ballots.

Sound familiar? This in itself is also incredibly suspicious and seriously pisses me off.

Hopefully, President Trump comes through on Wednesday with information confirming his re-election and arresting those responsible for their attempt to steal the United States.

Only time will tell, but I hope this article cleared up any confusion about this run-off election. 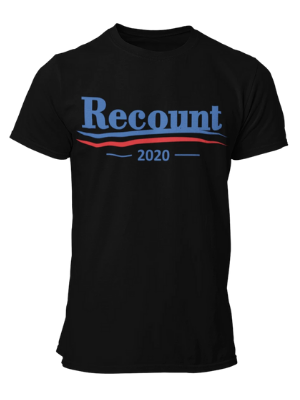 Designed in & shipped from New Jersey