Earlier yesterday, President Trump gave our brave men and women in blue the voice they so desperately need in these uncertain times.

The reporting team at FamTeeWorld watched the entire conference and broke it down into an easy-to-read, bullet-point format so you can stay up-to-date on what really matters. “... four or five years non stop the number of calls and situations, that’s the way we can detect how they burn out, do we need to put them somewhere else, that’s what’s important.” 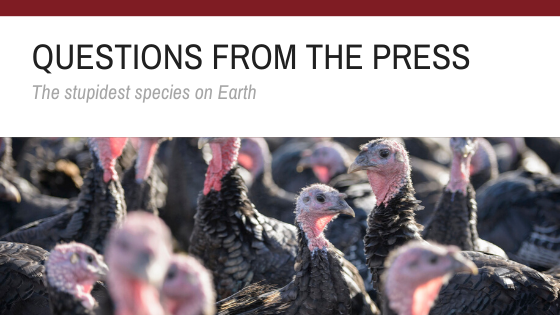 Question from the Press: “Are you in a good place with Dr. Fauci, there has been some criticism of him over the last couple of days. Do you still appreciate his advice?”

Question from the Press: “Are you going to pardon Micahel Flynn?”

Question from the Press: “You’ve said a number of times, the coronavirus cases are going up because testing is increasing. Do you acknowledge that it’s going up for others reasons too, for example that it’s actually spreading? What are you going to do to stop the spread?”

Question from the Press: “You’re asking Americans to have full faith in law enforcement, how do you respond to critics who say you undermined your own federal law enforcement agency the DOJ when you commuted the sentence of Roger Stone.”