And the verdict is... In an unsurprising & predictable verdict, the Senate has voted to acquit the 45th President of the United States, Donald J. Trump, on both articles of impeachment just a few moments ago.

The only Republican senator to vote against the President was Mitt Romney, and Donald Trump Jr. had something to say about that: 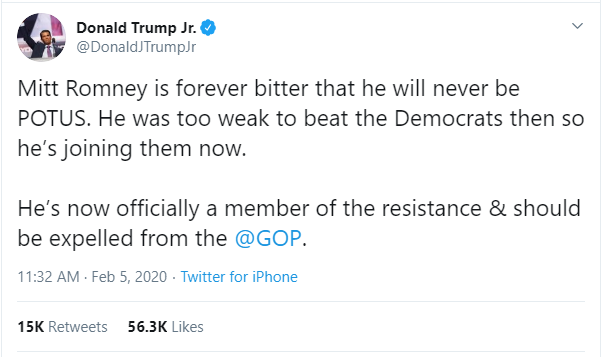 Honestly, I don't want to waste anymore of your time on this.

We all knew our President was innocent from the beginning, so let's get back to things that we actually care about and value as Americans.

Let the Democrats know that we will stand next to our President for the next trick up their sleeve, and will laugh all the way to the poll booths in November.

God Bless America, and the President of this fine nation.

I bought the Trump Train hat and a pink one for myself and a camo Vote for Trump hat for my husband….love all of them .. great quality!!!

I have a similar hat and LOVE IT. #trumpWinner2020

You have successfully subscribed!

Please login and you will add product to your wishlist