In the early hours of the morning of Friday, January 3rd, 2020, President Trump ordered a deadly drone strike on an Iranian General with plots to kill American citizens.

As always, the loony left has been spreading a multitude of lies about this strike, calling it "unfounded" and "the beginning of WWIII".

To keep our 2020 promises, we are dedicating today's featured blog post to bringing you the facts of what happened, why President Trump carried out this attack, and how America is safer because of it.

Who Is Soleimani & What Actually Happened?

Qasem Soleimani was responsible for Iran's military operations all across the Middle East. He was the commander of Iran's Islamic Revolutionary Guards Corps (IRGC) Quds Force.

The drone strike that killed Soleimani occured early Friday morning for Americans near the Baghdad International Airport. Rockets from a drone strike ordered by President Trump destroyed the truck Soleimani was in, killing him instantly.

"He was planning a very major attack and we got him... His reign of terror is over."  - President Donald Trump

What Was the Reasoning Behind the Strike? 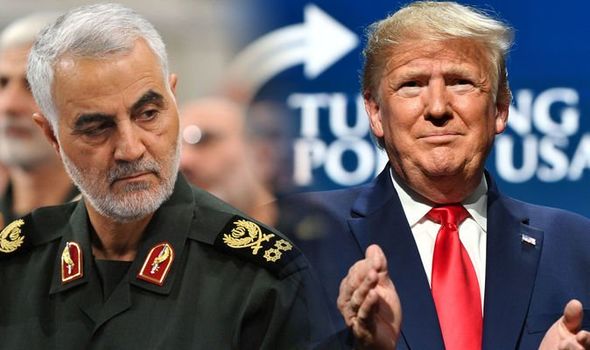 No matter what anyone says, President Trump's reasoning behind this strike was purely in the interest of the safety & security of the citizens of the United States.

Some may say that Trump is trying to start a war, but they're wrong; the President was preventing one.

Reporting from his Mar-A-Lago resort in Florida, President Trump released the following statements:

"Last night at my direction, the United States military successfully executed a flawless precision strike that killed the number one terrorist anywhere in the world... We took action last night to stop a war. We did not take action to start a war."

Why Should Americans Be Happy About This?

For some reason, liberals and democrats on the left are infuriated about this, calling it an "act of terror" and "the beginning of WWIII", when they couldn't be further from the truth.

A known Anti-American commander of a massive military was plotting to destroy the United States, and President Trump took action.

Do these crazy leftists need American blood to be spilled in order to justify taking action? I think not.

We finally have a President that has the guts to eliminate threats to America before they happen. Americans should sleep soundly tonight knowing that their commander-in-chief cares about their safety & security, and will do anything to protect it.

What do you think about President Trump's order to kill a known terrorist?