The panhandle has long been known as the unofficial mecca of liberty in America - boasting a pro-business climate, a predominantly red population, plenty of personal liberties and high regulatory freedom.

It's little wonder that Florida has seen an influx of new residents the last couple of years - as the rest of the country succumbed to tyrannical lockdowns, mandates and politics gone wild, business as usual carried on in the sunshine state and now Florida is flourishing.

As a result, things have changed a bit in the state. With a massive influx of new residents fleeing liberal states like California, Oregon, New York and Washington to avoid their terrible tax laws and increasingly hostile cultures... One must wonder, did these American refugees from the blue states bring their liberal attitudes along to the southern land of the free?

For years, Florida has been hailed as a safe haven for true Americans and business-minded entrepreneurs. But given the recent changes, is this still true?

Today, let’s break down whether Florida really is still a state of liberty in America: 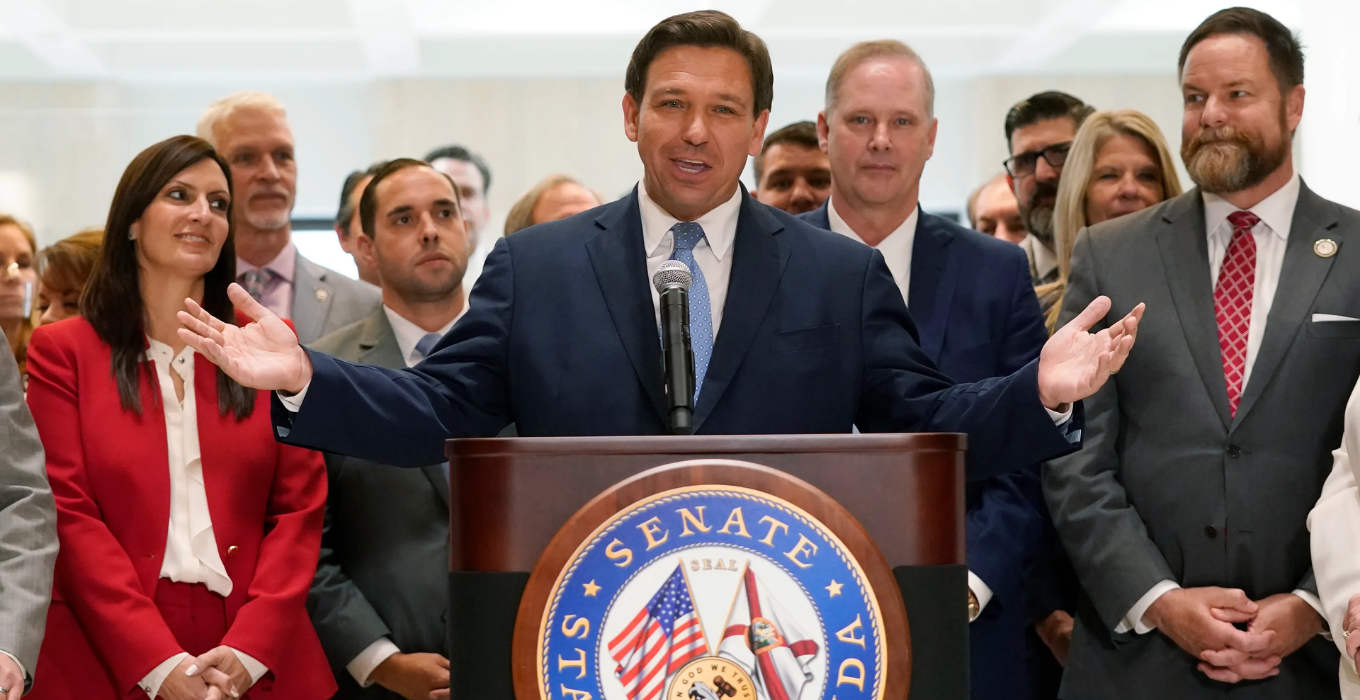 For the time being, it's safe to assume that overall, the political leadership of the Sunshine State is pro-liberty and pro-America.

Sitting Governor Ron DeSantis has displayed a strong stance against tyrannical C-19 policies and criminal organizations such as ANTIFA while being a staunch proponent of conservative values such as the sanctity of the Constitution and the 2nd Amendment. He's also made excellent pro-liberty decisions such as appointing a common-sense Florida Surgeon General that goes against the current mindless "health" guidelines as well as signing bills into law that ban "health" mandates.

With that said, there are blue cities and counties in Florida that are fighting DeSantis tooth and nail in an ongoing effort to continue subjugating their constituents to nonsensical mandates such as Mayor Daniella Levine Cava of Miami-Dade County.

This witch is a strong supporter of un-scientific mask and testing mandates for both adults at work and children at school, who to this day is doing everything she can to reverse DeSantis' bills and Executive Orders on banning these mandates. 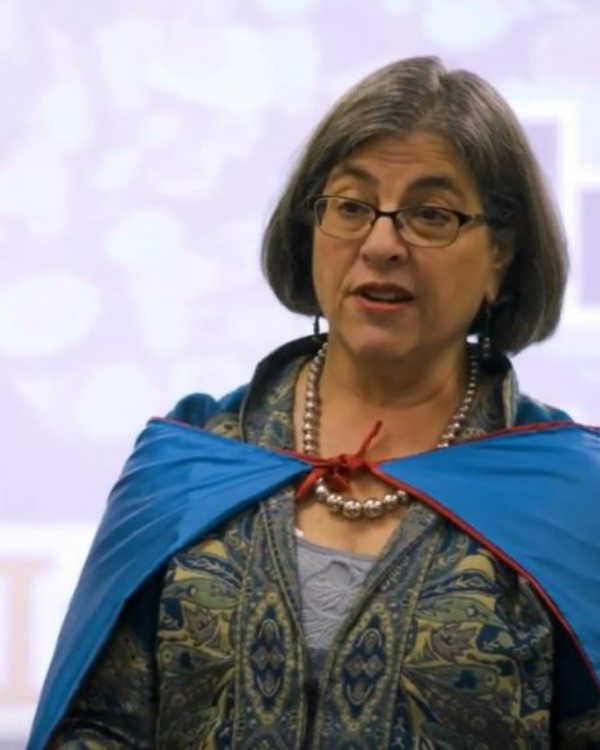 Villain in a cape

Given the checks and balances system of American politics, it's better to live in a red city in a blue state than a blue city in a red state. For the time being, the political leadership of red cities in Florida seems to be a solid option - until elections come.

Florida does use Dominion Voting Systems, the same electronic method that was used to steal the 2020 Presidential Election, so there is a chance that things may change very drastically and very suddenly come the next election cycle. 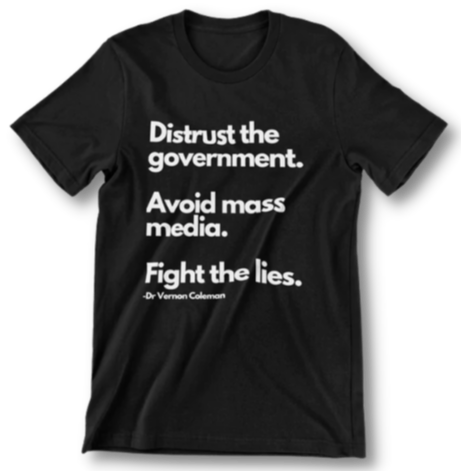 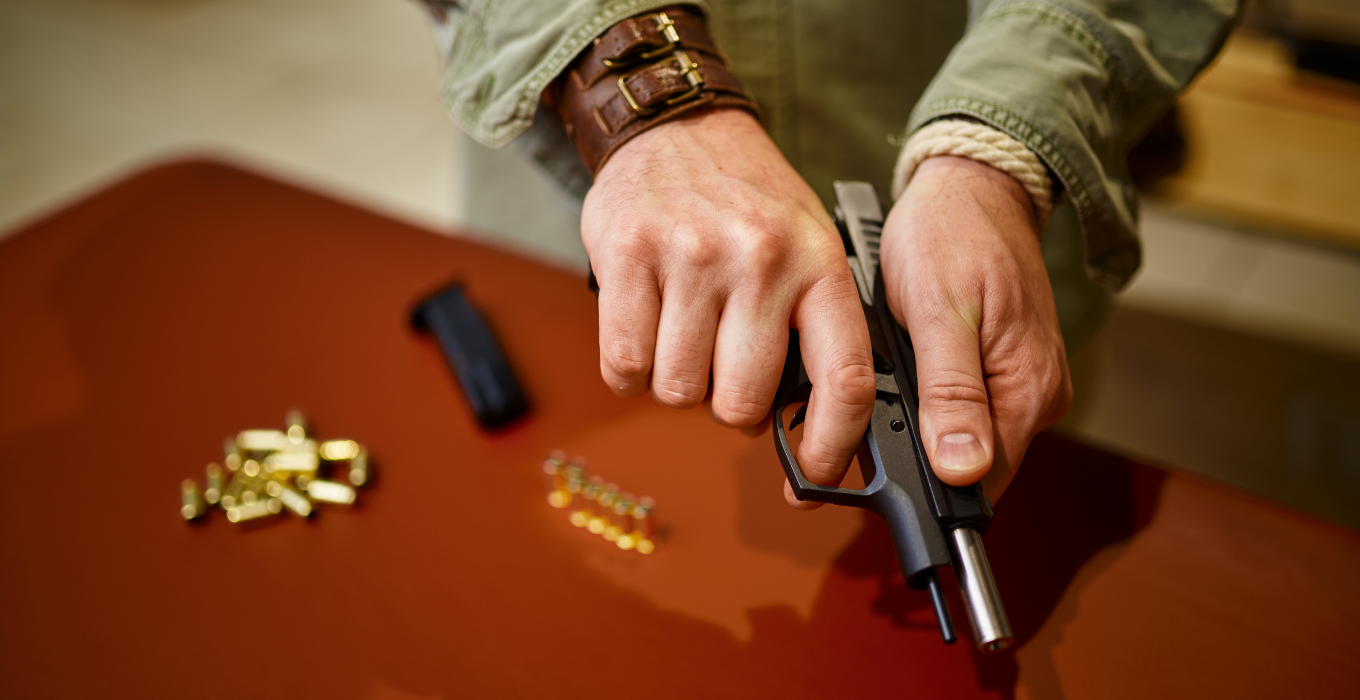 For years, it has been illegal to register a firearm in the state of Florida - yes, you read that right. In Florida, anyone over the age of 21 can walk into any gun shop and purchase any amount of firearms and ammo without having to register a damn thing. This is how every state should and must be.

The one drawback is that open carry is only lawful while engaged in, or going directly to and from, lawful Target Shooting, Hunting, Fishing, and Camping expeditions. In order to conceal carry, residents must complete a course and obtain a license. With that said, there is a push to pass a law that would allow for constitutional carry in Florida, which would allow unrestricted open or concealed carry for residents over the age of 21. Again, how every state should and must be.

Unfortunately, there is push to pass an initiated constitutional amendment called, "Florida Ban on Semiautomatic Rifles and Shotguns Initiative", a communist-backed anti-2A policy cooked up by BAWN. 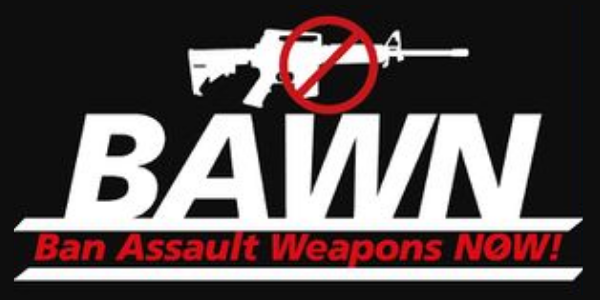 This measure would have banned possession of semiautomatic rifles and shotguns, with semiautomatic being defined as "any weapon which fires a single projectile or a number of ball shots through a rifled or smooth bore for each single function of the trigger without further manual action required" and assault weapon defined as "any semiautomatic rifle or shotgun capable of holding more than 10 rounds of ammunition at once, either in a fixed or detachable magazine, or any other ammunition feeding device."

The measure was thankfully shut down by the Florida Attorney General in 2016, but the insane asylum patients supporting this are still doing everything they can to get it on the ballot.

Florida has been demonized by the mainstream media for years due to its unshakable pro-2A stance, which is a good thing in our eyes. The state has consistently shot down any measures that would infringe on the rights of their constituents, a pattern that doesn't seem to be changing anytime soon. 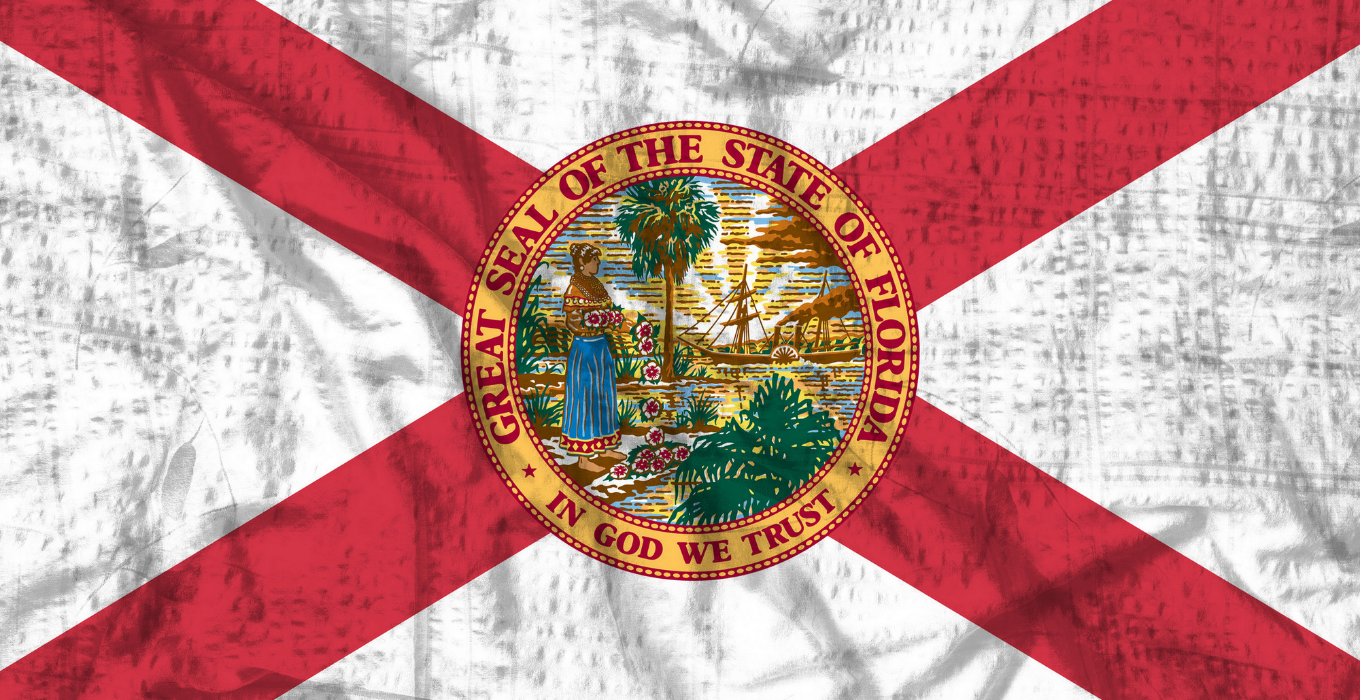 Throughout the saga of the "exaggerated flu", Florida has consistently resisted tyrannical, nonsensical, and downright stupid restrictions, lockdowns, and mandates - for the most part.

DeSantis did lockdown the state from March 17 2020 to the end of Summer 2020 and allowed for local governments to impose their own local restrictions, which is absolutely unacceptable - but is forgivable seeing as he changed his tune once he realized the scam. At the time of writing, DeSantis has signed EOs and laws that ban mask, social distancing, lockdown, and "injection" mandates and is by far the state with the least restrictions.

When it comes down to it, what's more important than the politicians demands is the citizens' response, and a majority of Florida residents have stood their ground and defied these authoritarian mandates; so if you're looking for neighbors that aren't cowards, Florida is definitely your best option.

Many Florida politicians unquestioningly followed the dumb as hell restrictions imposed by the unelected health NGOs of the world, but many changed their mind. The E.O.'s and laws put into place are great and all, but what happens if the next governor is the complete opposite?

The strong local residents will continue to stand strong, but they may soon be outnumbered by the huge influx of radical liberal New Yorkers as explained below. 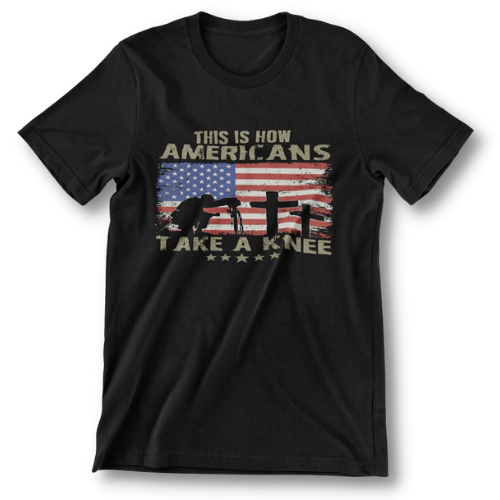 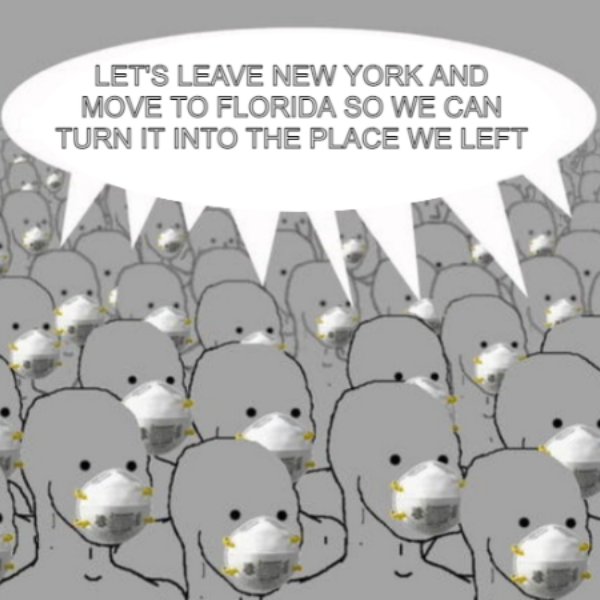 Just like radical liberal leftists are fleeing California and flooding Texas, the idiot communists of New York are scrambling to move to Florida, injecting the very ideologies that made them leave their home state into Florida communities.

As a result, Florida just recently surpassed New York has the least affordable state to live in due to the devastating effects on the price of food, goods, and homes. The price of rent has also skyrocketed, with rent in Miami increasing by 38.6% and Orlando close behind at an increase of 19.9% as of March 2022.

Again, the good news here is that native Floridians aren't having any of it; on every highway you'll be sure to find the new unofficial slogan of the Sunshine State, "Don't Fauci my Florida" and parents are not letting the insane ideologies and policies of New York school systems infect Florida school systems.

Although the natives are standing strong and the state is traditionally very red, the sheer numbers of Democrats fleeing New York and into Florida has dramatically increased the risk of voting in radical leftist politicians even higher than the increase of the cost of living.

Although no major elections have been held since this mass migration, things are not looking good.

The truth of the matter is there is no safe state to escape from the ideologies and future restrictions  being pushed on Americans and their children; the best course of action now is to stand your ground and seek other lions in your community.

The only major appeal of Florida is their staunch support of the 2nd Amendment, so if that's important to you or you live in an anti-2A state, Florida may be a good idea. Just stay clear of Miami, Orlando, Ft. Lauderdale, and other major cities.

Thanks for reading - stay strong, patriots. 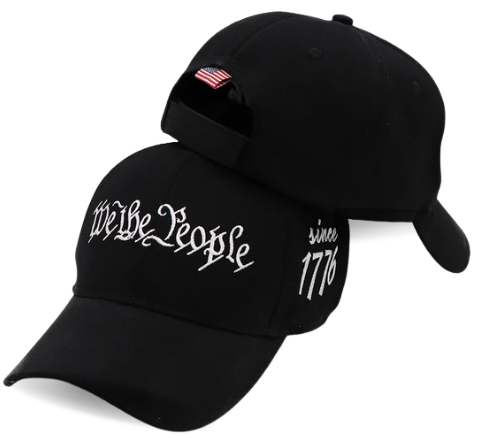